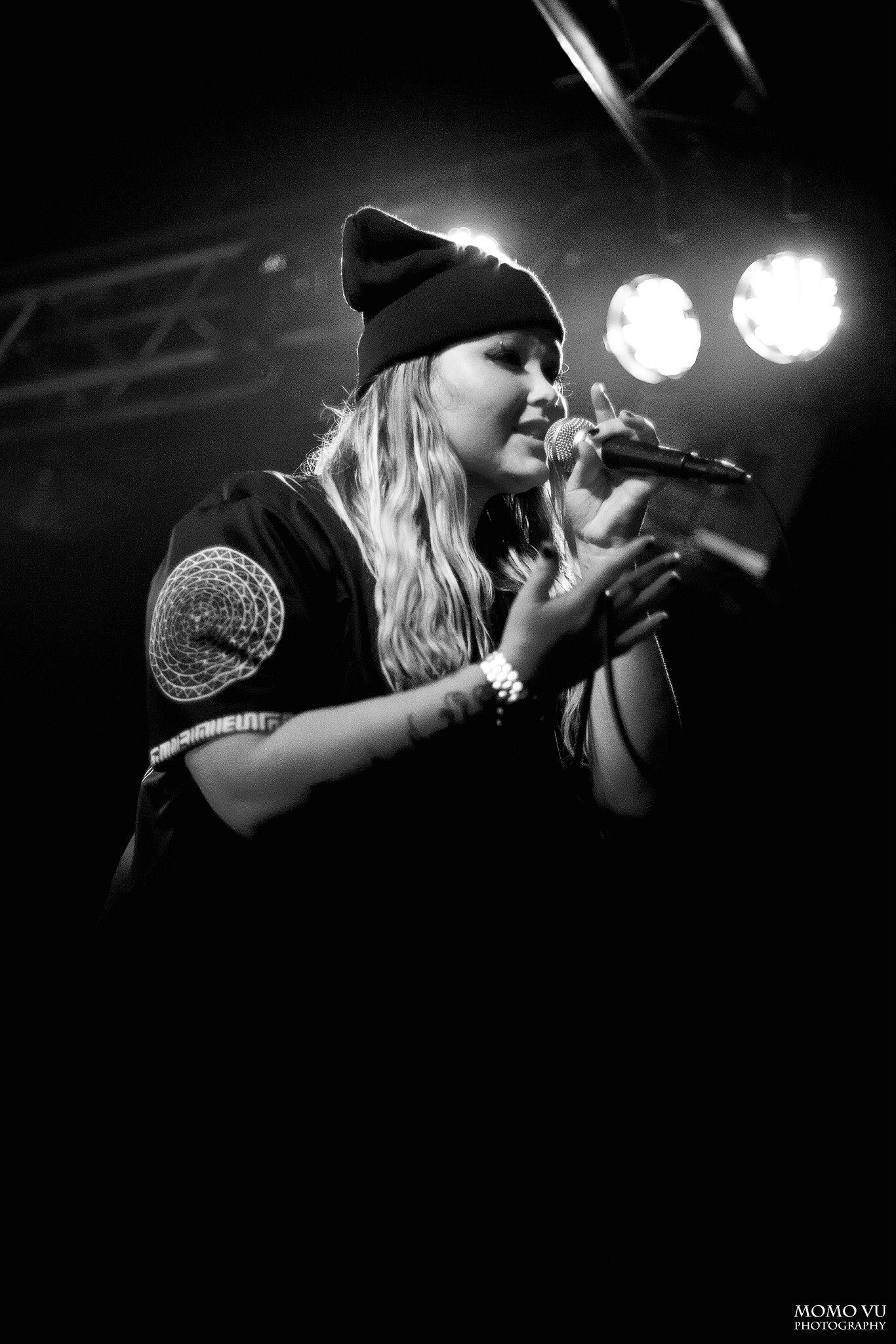 "I turn the haters in the crowd into fans, dude!" (Sparrow)

When I got to meet Oh Blimey and see her perform here in Berlin, I was amazed at two things foremost: First, the way she looks and appears so much the same, like, as the exact same person I ‚know‘ from the music videos and interviews.   How can a person be this present, this real, and authentic? „When there lies so much passion behind it, you got no other choice, but be it.“ she states when I asked her, how she gets to channel all of herself to the very surface as a performer and into her music, as a voice.   And this presence does not seem to be about self-expression and performance only. Once you talk to her you feel a certain attentiveness, a ‚being in the moment and listening‘ which is actually quite rare among performers. Back on stage she addresses her crowd with the same attitude, and that is just beautiful.

What amazed me on a second level while seeing her perform live on stage are her abilities and skills as an MC. Boi, is she good. She’s on point and her delivery is as clear as clean water. Not one syllable swallowed, every word pronounced to the last letter – makes you understand the lyrics even if you just heard them for the first time.   So, as a rapper Oh Blimey is just  heavyweight. Uh, no, you better believe me: the idea that this attribute might be related to her appearance only occurred to me as a second thought. And you know what? As a personal preference I actually am into big girls. And she is big: big in the game that they call battle rap. Which means: Oh Blimey handles her mouth well, is not afraid of serious language and knows how to align words resulting in a proper punch – no violence needed:  „I got them white girl lines but no cocaine / I make verses kill themselves – Cobain“ (Sparrow)

On her way through the market, aiming at a more sustaining frame for her musical career she doesn’t forget to cultivate her relations and cooperative bonds with the right people, like Gavlyn, Snow Tha Product, Micatron, and G.L.A.M.   About Gav she states: „I am really grateful for what she does for me, I mean, holding her neck out for me and take that risk. …and I feel like I am a risk.“ Why? „Because I am the opposite of Hip Hop. … Hip Hop tells me, it’s supposed to be male, it’s supposed to be black, and heterosexual and I am not, so…“    Yo. If you ask me, standing up for yourself, being yourself against all odds, raising your voice for others and being this attentive and assertive to the struggle of others is what Hip Hop is about. Not the categories, but the empowerment. period.

In fall ’14 Oh Blimey put out her first longplayer, MNFSTO, walking on a solid and sometimes bold production representing her ways and path up here. The writing and delivery are a lot, so for her it will be about how to wrap up her abilities in the future as it is more than clear she has what it takes!  Her first Album is due like tomorrow or some days after. Until then I recommend to make use of your spare time to track Blimey’s past a bit and understand what she is building on, not to cut off her roots in the grounds of the battle-field, perception-wise.

8. Note To The Haters

freestyle, live and else:

Brix and Gifted Gab rock the Wake Up Show and the hosts be just LISTENING! (Spring 2018), part I:

and part II: „I came to find out as an adult woman damn our voices are way louder together than they are seperately“: youtube.com/watch?v=KshLzDQWUcg

enthuzed magazine took some time to compose a portray and quite thorough introduction/interview with Oh Blimey in two chapters. May 2014. definitely worth reading through – click part 1, part 2 and njoy the storrytelling of a fresh MC on her way from the battle ground to the business class.

“Assumptions are one of the most unhealthy things that someone could have” Low Cali Hip Hop, S1E1, interview and bars with Gavlyn and Oh Blimey, Venice Beach, 2014.